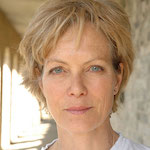 Jenny was no stranger to our charity; she had been a Friend of Anim-Mates for some years.

‘I’ve supported Anim-Mates for a few years now, thanks to a late friend of mine who introduced me to their work. I think they are a terrific charity who fill a real and sadly ever-growing need in north west Kent, and I am very pleased and honoured to be their Patron.’ 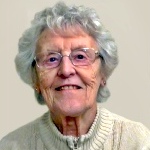 It is said that behind every successful man, there is a woman. Jean was the woman behind our first Patron, Harry Moore, a much respected animal charity organiser.

In 2002 Harry became the Patron of the then newly-formed Anim-Mates, and freely shared his expertise and vast experience. After only a few months in his role, Harry died soon after his 83rd birthday in January 2003.

Jean continued Harry’s enthusiasm for Anim-Mates. Now in her mid-eighties, Jean continues to spread the word when and wherever she can.

Over the years she has not only made many generous donations to our funds but has often encouraged total strangers to make donations.

Jean has funded a horse shelter and various vehicles used at the sanctuary.